Some sectors transform all at once and unexpectedly. Others take time and for those paying close attention, the transformation was a foregone conclusion.

Institutional philanthropy sits firmly in the second category. The philanthropic sector embraces new approaches and solutions at the speed of a three-toed sloth (the world’s slowest animal).

The Grantbook team knows this from experience. And yet, the reluctance to embrace innovative approaches and solutions does not mean change isn’t happening. It’s just happening over years and decades instead of weeks and months.

In this post, I outline two of the slow-motion transformations that, when combined, bode extremely well for patient and persistent innovators.

When I first started working on Grantbook back in 2012, Tim Draimin, now Senior Advisor at The J.W. McConnell Family Foundation, handed me a book called Crossing the Chasm: Marketing and Selling High-Tech Products to Mainstream Customers.

The book is built around an asymmetrical bell curve (pictured above). Between the Technology Enthusiasts and Visionaries (who are quick to adopt) and the Pragmatists, Conservatives and Skeptics (who are slower to adopt), there is a gap symbolizing the perils faced by proponents of an innovation whose success depends on widespread adoption.

From Grantbook’s six and a half years of helping foundations select and implement right-sized cloud-based tools, I can say with certainty that the vast majority of foundations are Pragmatists, Conservatives or Skeptics. The reasons for this could constitute a blog post (or a book). For now, I’ll simply suggest that fear of change and a lack of urgency hold the majority of foundations back.

[T]he vast majority of foundations are Pragmatists, Conservatives or Skeptics.

Of course, there are exceptions. I am particularly grateful to those foundations that partnered with Grantbook early on to transform how they work. We wouldn’t have a thriving business today without their partnership four, five and six years ago. As more foundations follow their peers to cloud-based tools, Grantbook finds itself well-positioned to respond to their needs.

Moving a foundation’s grants management and productivity tools to the cloud was once seen as the domain of innovative foundations only. It is now more or less a standard practice.

There is no question that in the years ahead, Grantbook’s team will continue to draw tremendous satisfaction in helping late-comer foundations adopt a digital mindset and effectively implement digital systems (and processes) to enable their strategic objectives.

Moving a foundation’s grants management and productivity tools to the cloud was once seen as the domain of innovative foundations only. It is now more or less a standard practice.

The Grantbook team is answering this question right now. I suspect and hope Grantbook’s evolutionary purpose bends in the direction of committing ourselves to the patient and persistent work of helping the philanthropic sector embrace successive waves of innovation⎼even if the future waves of innovations bare little resemblance to the work of selecting and implementing cloud-based tools.

One of the future waves of innovation that we see coming is the byproduct of the massive wealth transfer (see next section) and the emergence of participatory grantmaking as an organizing model for effective grantmaking.

Even if it takes ten to twenty years to fully play out, helping a sector that’s currently modelled off of nineteenth-century manufacturing principles to embrace the democratization, decentralization, and to some degree, automation of philanthropic decision-making would be an enormously transformational innovation to commit ourselves to as a company.

Exhibit A: The Wealth Transfer

Over the next 20 years, foundation endowments could double or triple.

As someone who has spent ten years working in philanthropy, I have been hearing about the impending wealth transfer for a long time. This is a topic that Sean Stannard-Stockton wrote extensively about from 2006 - 2012 on his Tactical Philanthropy (still available as an archive).

Barring a major collapse of the economy, a staggering $750 billion is forecast to be transferred to heirs within Canada over the next ten years.

More recently, CIBC issued a report called, The Looming Bequest Boom — What Should We Expect?. The report takes a detailed look at the intergenerational wealth transfer within Canada that is currently unfolding. Barring a major collapse of the economy, a staggering $750 billion is forecast to be transferred to heirs within Canada over the next ten years.

And even more staggering, more than CAD $750 billion is forecast to be transferred to heirs in the subsequent ten years. Therefore, over the next twenty year period (starting in 2016), more than CAD $1.5 trillion dollars is anticipated to pass from one generation to the next within Canada alone. In the U.S., the number sits closer to USD $9 trillion.

What does this wealth transfer mean for institutional philanthropy?

I mention this context for several reasons. Larger foundation endowments:

In this context, philanthropy professionals may find that relying on the traditional hierarchical “program officer selected and trustee approved” formula for selecting individual grantees is neither efficient nor effective in achieving a foundation’s strategic objectives.

Decision-making and governance is moving toward decentralization, democratization, and even automation.

Of the many innovations that are worth tracking, for me, Participatory Grantmaking and Participatory Philanthropy sit in the top five innovative practices to watch.

As a pattern, Participatory Grantmaking and Participatory Philanthropy resemble a chain-linked fence in three dimensions that enable more networked and distributed models of capital sourcing, decision-making, disbursements, and reporting. By comparison, the dominant paradigm of “program officer selected and trustee approved” philanthropy resembles a nineteenth-century factory floor watched over by an omnipotent foreman.

Participatory Grantmaking is part of a broader industry agnostic trend toward decentralization, democratization, and automation.

Participatory Grantmaking is part of a broader industry agnostic trend toward decentralization, democratization, and automation. From self-organizing teams (which Grantbook’s operations are modelled after) to patient-centred care units to urban planning, decision-making is being decentralized. It’s happening in part because new technology allows it to happen but also because it can deliver better results more efficiently.

There’s a wisdom and built-in resilience in decentralization, democratization, and automation that I plan to write more on in further posts. Stay tuned.

Exhibit A x B = A Whole New Alphabet

Assuming both the wealth transfer and the shift toward participation are real and sustained, then the combination of the two represents a tremendous opportunity for institutional philanthropy.

In absolute terms, as much as two times or even three times the amount of charitable and impact investing dollars could be unlocked as part of the wealth transfer. And, by applying participatory models to the stewardship of this much larger asset base, new forms of philanthropic organizations and practice can emerge, one more responsive to the needs of communities and the environment and ones more effective in achieving the results the sector aspires to achieve.

To fully realize this vision is at least a ten or even twenty-year endeavour. Therefore foundations and the innovation firms they partner with will undoubtedly need to approach this opportunity with the patience and persistence of an enlightened three-toed sloth. 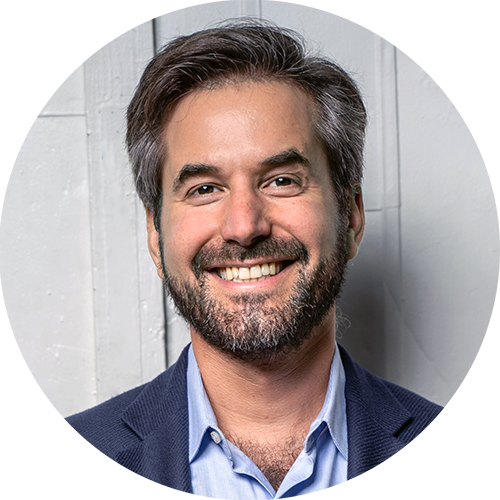 Peter Deitz is an entrepreneur committed to creating enduring companies that have a deeply-rooted social and environmental purpose. Peter co-founded Grantbook in 2012 and currently serves as Board Chair.