More Good: Beyond Efficiency toward the Circular Economy

"Being less bad is not being good; it's being bad by definition, just less so.” -William McDonough

A number of years ago, at an innovation talk by Tom Wujec, I was turned on to the work of architect and sustainable development leader, William McDonough. Summarizing McDonough’s cry to eliminate waste from our industrial cycles Wujec gave this simple, delightful example: What if, when your pen runs out of ink, instead of throwing it away, you plant it in the soil and it becomes a flower? That image of a pen becoming a flower stuck in my mind as a metaphor for systems without waste, virtuous cycles of good contrasted with the linear economy that has so much bad as a byproduct.

McDonough’s work to promote a circular economy, one that is regenerative and restorative by intention and design, an economy where waste does not exist, is often accompanied by this caution and challenge to his audiences, "Being less bad is not being good; it's being bad by definition, just less so.” The invitation in this phrase to pursue paradigm-shifting change built on designing for more good rather than less bad was provocative to me then. And now, I think, essential.

In our everyday problem solving, how often do we simply work to make things less bad? And how far are we ever going to get as communities, nations, companies, or foundations simply by reducing waste, limiting or curtailing the bad (consequences, fallout, impact) of the very systems we operate within?

Although McDonough operates in the sphere of the industrial economy, I like to take his challenge more metaphorically. In our everyday problem solving, how often do we simply work to make things less bad? And how far are we ever going to get as communities, nations, companies, or foundations simply by reducing waste, limiting or curtailing the bad (consequences, fallout, impact) of the very systems we operate within? How uninspiring and depressing is it to only work on the side of limiting bad when, as McDonough points out, you are only really trading in bad by definition? Won't it be far more delightful, joyful to pursue systems that build in more good at every stage?

I also think of Anand Giridharadas’ Winners Take All. Whatever you make of his trenchant critique, he points to our attachment to systems that reward a few but at great cost to man—systems that trade in “bad.” Here’s a quote from The Guardian that sums up this point quite well:

Giridharadas mercilessly mocks the wealthy who would change everything but the rules that enabled and protect their status, and ridicules their coinage of notions like “win-win”, the idea that there’s no tension between doing well for yourself and doing good for others.

We are all loathe to challenge the very systems that generate our rewards. It’s human nature to want our proverbial cake and eat it too. The fundamental shift to pursuing systems of “more good” over ones that trade in “bad”, I believe, is analogous to breaking an addiction. Most of us, not just the elite Giridharadas points to, are addicted to our rewards. And whether at the individual, corporate or national level, breaking an addiction is hard.

Since it was founded in 2012, Grantbook itself has embraced a way of working that challenged the prevailing wisdom of the markets. We became a B Corp in 2013 to formalize our commitment to a network of organizations pursuing more good for more stakeholders, rather than economic value for a few shareholders at the expense of others and of our planet.‍

So many of our systems are predicated on the pursuit of short-lived pleasure, rather than enduring happiness for all. We are addicted to the linear economy, addicted to the hierarchy in our work systems for the quick hits of dopamine that come from the prevailing reward systems that govern us.

In addition, Grantbook is committed to practices and principles of working that most fully express our purpose and allow our team members to maximize autonomy, mastery and purpose. This year we launched our Employee Stock Ownership Program (ESOP) to further concretize the culture of staff ownership, and to flatten the hierarchy of power inherent in so many organizations. We foster a culture of ownership, bolstered by participatory decision-making, open book management (our financials, including salary, are open to all team members) and create policies that align team members and organizational interests rather than pit them against one another.

Pursuing these non-traditional ways of working is not for the faint of heart. It takes maturity and constant checking of one’s ego. It requires a comfort with messiness, and a willingness to embrace difference—on the surface it can certainly feel inefficient. The logic of our prevailing economic and corporate models has been so ingrained that one has to constantly check one’s impulses and assumptions. And often, working in new models and systems is plain hard and time-consuming—as you struggle against the tyranny of efficiency in the systems you rub up against.‍

Why attempt to create and navigate new ways of working, new systems and new paradigms when it is so often difficult and messy?

I believe part of the answer lies in tackling our attachment to legacy systems—especially those systems that entrench the fraught power imbalance that is often at the heart of so many corporations and foundations—just as we would confront an addiction. Patrick Collins, CIO of the Hewlett Foundation, introduced me to The Hacking of the American Mind by Dr. Robert Lustig. Lustig carefully delineates between pleasure and happiness. So many of our systems are predicated on the pursuit of short-lived pleasure, rather than enduring happiness for all. We are addicted to the linear economy, addicted to the hierarchy in our work systems for the quick hits of dopamine that come from the prevailing reward systems that govern us. And so, hooked on pleasure, we are left deeply unhappy. Doing the hard work of pursuing long term happiness sometimes means forgoing the short-term pleasure of leaning on comfortable systems and structures, but it also comes with tremendous rewards.

At Grantbook we pursue the answers to two key questions:

Our hope is that if we are intentional about how we work—from our designation as a B Corp and continuous pursuit of improving our score, to the introduction of an ESOP to help concretize our culture of ownership—and the way we inspire grantmakers, not just to operational efficiency via the technologies they embrace, but to systems innovation in the very ways they work, we too can work on the side of “more good” rather than simply chiseling away at the bad in broken systems. 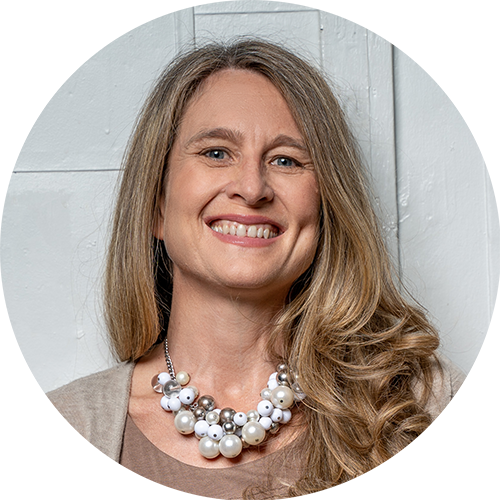 Nikki comes to Grantbook after a decade of bringing game-changing ideas to audiences across North America, first in the world of publishing and then as Vice President of the LAVIN agency, a global speakers bureau. She has worked with thought leaders such as Naomi Klein, Steven Pinker, Salman Rushdie, and Jessica Jackley (Co-Founder of Kiva.org).

Nikki is inspired by social innovators harnessing technology to do more good. As Managing Director, Nikki sets the vision and strategy for Grantbook, always asking, what does the world need from philanthropy and what does philanthropy need from Grantbook?