This winter, coinciding with our 9th anniversary, Grantbook is celebrating an important milestone—the second offering of shares to eligible employees under our Employee Stock Ownership Program (ESOP). When the current round is completed, Grantbook employees will own 21.8% of the company, and will initiate a process to nominate a director to Grantbook’s board. In the coming years, employees will have an opportunity to expand their individual and collective ownership stakes.

Formally launched in February 2020, Grantbook’s ESOP represents the concretization of our core values and mission as a social enterprise and B Corp. It further formalizes the culture of ownership that many employees feel and enact in their work everyday.

At the February 2020 launch of our ESOP, Co-Founder and Board Chair Peter Deitz shared his reasons for pursuing this vehicle: “I know in my bones that becoming partially employee owned is one of the most positive and strategic decisions we can make. And being in touch with this commitment and knowledge has helped guide us through the weeds of making it happen. For those who know me well, you know that I often come back to the belief that the best decisions in life are the right answer to multiple questions. It's such a simple concept but so helpful in prioritizing and owning those rare opportunities to address multiple needs with a single choice or act.”

Benefits of an ESOP

So what are the questions that an ESOP answers? While it’s still too early to fully see these benefits in action at Grantbook, we know that companies with an ESOP tend to enjoy:

We are confident that our ESOP will raise our B Corp assessment score, likely resulting in our highest rating since becoming a B Corp in 2013. Grantbook has also tied its ESOP and other ownership changes with its membership in the Upside Foundation of Canada. So as employees buy into a stake in Grantbook, 1% of proceeds will be donated to Canadian charities. In addition to our monthly employee donation matching program, this further solidifies Grantbook’s commitment to its own philanthropic giving. As of December 2020, FoodShare Toronto, Building Roots, The Canadian Physicians for the Environment Foundation, and The Centre for Social Innovation have all received general operating support donations as a result of this pledge.

“Establishing an ESOP is no easy feat. We launched ours on the eve of a global pandemic no less, and to see, just one short year later, our employee ownership exceeding 20% is so heartening. It’s just one of the many ways our B Corp values of using business as a force for good are expressed. It shows that we’re really walking the talk in a concrete, tangible way.

As Managing Director, it helps me feel more deeply the responsibility for helping shape and grow Grantbook. Shareholders are not some vague, faceless cohort out there—they are the people we work side by side with every single day. I’m proud to carry that responsibility and eager to see our ESOP in action as such a potent way to align efforts and interests.”

I spoke with a few employee owners to better understand why they decided to buy into the ESOP, and how they feel it has impacted our culture. One team member told me: “Between our transparency around Grantbook’s financial data, my plan to stay here long term (both for my career, and for the ESOP specifically to take advantage of tax upsides), and my gut feeling that investing would be a sound investment, it felt like a no-brainer to buy shares in Grantbook.”

Another shared the risk/benefit analysis they did: “It was primarily a financial decision. In the best case scenario, the shares could do quite well. In a worst case scenario, the shares lose all of their value—but as an employee, at least I would likely be able to see this coming and take action to avoid it. It seemed like a reasonable risk on the whole. While most of my analysis had focused on the ultimate return when selling shares, I hadn’t considered the return through dividends as I assumed my percentage ownership was too small to be significant. I was pleasantly surprised when it was a decent amount!”

So far, shifts in company culture as a result of the ESOP are small—we’re still in the early days, and it will be interesting to see how we evolve over time as more of the company is owned by employees. Team members that I spoke with noticed some small shifts in how they perceive their role within the company, and how the structure better aligns with our values as early benefits of the ESOP.

One team member told me: “The ESOP is still an infant, so it will be interesting to see how it impacts our culture over time, and to see how many team members invest as we grow. For me the biggest difference is that, as a part owner, I think more about the bigger picture health and wellness of Grantbook—and about how my role contributes to that big picture.”

Another spoke about how the ESOP is really just doubling down on our existing values and culture: “Before the ESOP, we already had a very strong culture of ownership—we’re really transparent about financials, and the team has plenty of opportunities to weigh in on decision making and strategy, so not much has changed in our culture. Perhaps the biggest difference for me is at a values level: the ESOP distributes ownership of Grantbook in a way that feels more in line with our values.”

Advice for Organizations Considering an ESOP

I asked Grantbook Co-Founder and Board Chair Peter Deitz (who was a big champion of the ESOP) what advice he would give to other organizations who are considering an ESOP. As with any complex project, it’s important to take the time to really understand the implications for everyone involved, and to find values-aligned partners that can help guide you through the process:

"It's never too early to create and implement an ESOP plan. The earlier your company is able to put in place the ESOP structures, the sooner your company will accrue the benefits that come from having an ESOP. It's one of those things, like B Corp certification, that feels like a secondary priority, but actually produces an outsized impact over the long term of your business.

Another piece of advice is to not underestimate the complexity involved. Extending ownership to any groups—whether investors, employees, or business partners—is inherently complex and takes time to do well. Grantbook benefited enormously from engaging ESOP Builders, a Canadian firm that specializes in helping Canadian companies design and implement employee ownership plans.

The most important piece of advice is to spend the time and money understanding the tax implications for employees. As with any investment, there is always risk for the investor. So it's incredibly important to be able to discuss that risk with employees and outline both the upside and downside implications of their investment.

In Grantbook’s case, this meant engaging the tax accounting experts at Crowe Soberman and asking them to write and then present a detailed memo for staff to better understand the implications of participating in the ESOP.”

Grantbook specializes in helping grantmaking organizations operationalize their mission and vision by leveraging their people, processes, and tech. It’s so important to our team to really walk the talk ourselves—as a social purpose organization, B Corp, and a collective of individuals who are passionate about making the world a better place, our ESOP is one more way that we’ve found to operationalize our mission, vision, and values. We’re so proud of the work we’ve done so far, and are always looking to the future for opportunities to embody our values, support healthy and vibrant organizations and communities, and help our clients, partners, and employees do even more good in the world. 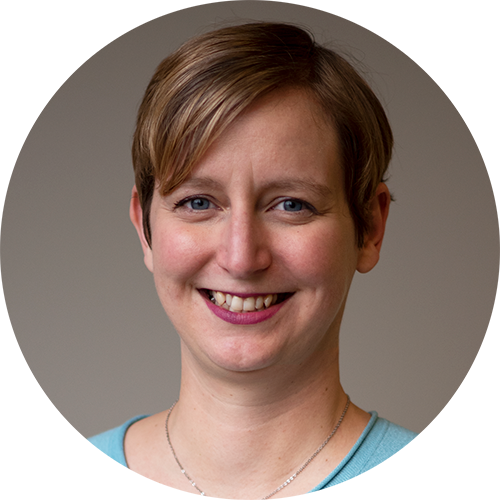 Sara Saddington is a content marketer with experience crafting compelling messaging for B2B companies at the intersection of technology and service delivery. As a lifelong reader, writer, and editor, Sara brings an innate understanding of narrative structure, a passion for data-driven story-telling, and an eye for clarity and consistency. Sara is excited to support the Grantbook team in their mission to help foundations around the globe plan, design, implement and optimize their digital strategies so they can activate more good in the world.